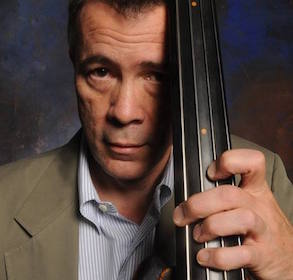 In celebration of its 70th anniversary season, the Nashville Symphony will present the world premiere of a new work written by Edgar Meyer — his first all-orchestral composition. Written specifically for the orchestra, the piece will be presented on a program that also hears Edgar as a soloist for Bottesini’s Concerto for Double Bass.

The piece marks a return to the orchestra for Edgar as a composer — his triple concerto coauthored with Béla Fleck and Zakir Hussain opened the orchestra’s new home at the Schermerhorn Concert Hall at the start of the 2006-2007 season, a ten-year milestone also being celebrated this season by the Symphony.

Nashville Symphony Music Director Giancarlo Guerrero leads the program, which also hears Debussy’s Iberia and Ravel’s Boléro, on March 16, 17, and with both a matinee and evening performance on March 18. Click here for more information.